The mash kettle is equipped with a steam bottom and a steam duplex for a steam heating. To the brewing set V12M, we recommend the electric steam generator BM460dual or gas steam generator with output at least 150kg of steam per hour .

It is also possible to equip the boiling equipment with a vapor condenser with a heat exchanger or with a manhole of the transporter of the grinded malt. The brewing set is mounted on a podium with stairs, a sink with battery and cooling for the samples. Because of the transportation, the brewing set kit is demountable. 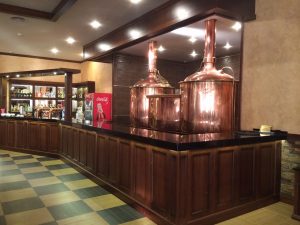 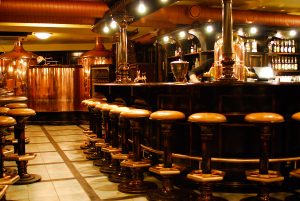 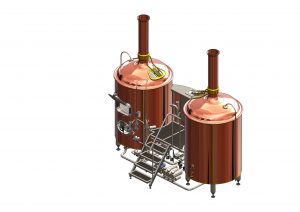